Thank you, Windows 365, for letting my Mac use the Latest Microsoft OS

The furthest distance in the world is not that you use a MacBook or a Windows notebook, but that you use Apple, but when you open Windows 7, which I am familiar with and strange to me. Thank you, Windows 365, for letting my Mac use the genuine Latest Windows. 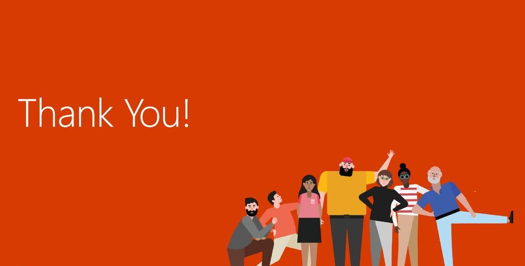 Although this scene is a little magical, it does exist.

At present, Apple has launched a number of new notebooks such as MacBook Pro and MacBook Air. The actual performance of the M1 chip is indeed not bad, but many consumers are still unwilling to replace them. Don’t they like it?

In fact, due to the change of the M1 chip architecture, it is more troublesome for the new MacBook to install Windows. It needs to install virtual machines and ARM system firmware…  What’s more, the relevant software is still under internal testing. I don’t know when you make it.

“Why don’t you just change your Windows notebook?”

“Because… I don’t want to change it.”

“Laughter, do you still want to tell me?”

Although from the perspective of the camp, Microsoft has Windows and Apple has macOS, which seems to be resistant, in terms of ordinary consumers, many software are still used based on the Windows environment, such as university-specific design software, industrial software, commonly used bank plug-ins, U shields, etc. It can’t be separated from Windows, but it has a preference for the appearance design of MacBook. What should I do?

Maybe Microsoft felt something and brought Windows 365 cloud computers after the release of Windows 11.

Cloud computers are obviously more convenient and direct than trying to install Windows systems on MacBooks.

Windows 365 allows you to create your own Windows 10 or Windows 11 system in the cloud and run it in a streaming way on your device, including but not limited to supporting Linux PC, iOS, Android, Mac, etc. This means that not only your MacBook, but also your mobile phone can run Windows. In addition, Office 365, Dynamics 365, etc. are also matched.

Under what circumstances will it be necessary to operate the Windows system on a Mac computer?

Many people may think that “all bought a Mac computer and installed a Windows system, and the whole thing is Low”. But I don’t think so. In fact, whether it’s daily use, entertainment needs or work needs, there are some situations that must be used in the Windows system.

Compared with Windows computers that can’t use macOS, if you have a Mac computer and a Windows system, you will have the feeling of killing two birds with one stone. You can use the Mac system or switch to Windows system is actually very convenient!

Get the Best of Both Worlds: How to Run Windows Apps on Your Mac

If you need to run a Windows app on your macOS system, you have several virtualization and emulation options. It won’t be a seamless process, but we’ll walk you through the right way to do it 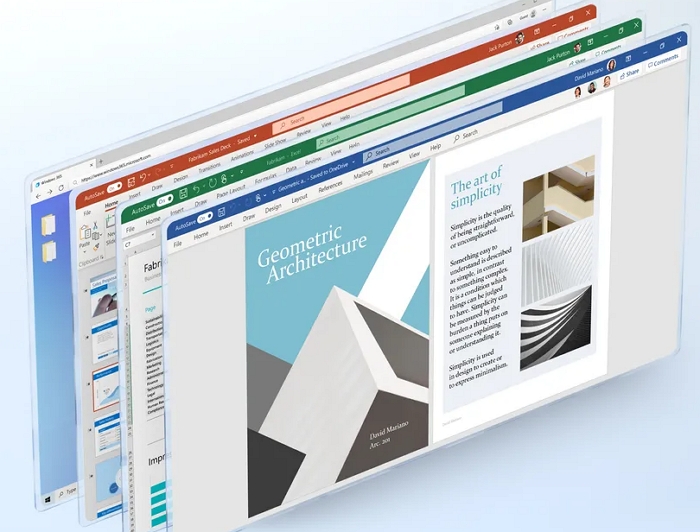 For corporate users who need high reliability and tech support, Parallels Desktop and VMware Fusion are the only answers. Both let you run Windows apps in a mode that hides the Windows desktop so that your Windows app appears as an ordinary Mac app too. It’s a neat feature, but you’ll likely find that your Windows app is a lot more sluggish than the Mac apps running on the same desktop. For running individual apps, I prefer the Wine-based methods that I describe later; they are free and can offer better app performance. Because I (like many people) have to be my own IT manager for those apps.

Both Parallels and VMware Fusion let you create a virtual system by cloning an existing desktop system across a network, but it’s a lot simpler to install a fresh copy of Windows. Users of Intel-based Macs can download the standard Windows ISO file from Microsoft and rely on Parallels or Fusion to install Windows correctly from there. M1 Mac users must register for the Windows Insider Preview program and download the ARM version of Windows 10. Only Parallels supports the ARM version, but it has no trouble configuring your Windows VM with that version on an Apple Silicon Mac. Parallels recently announced support for Windows 11 on M1 Macs, but again, for the ARM version only.

Regardless of whether you choose Parallels or VMWare, set aside about 20 minutes to install Windows and 30GB or more of disk space on your system. You don’t need to partition your disk, because what your virtual Windows system treats as a disk is simply a file on your Mac hard drive; both apps let you expand or reduce the size of the virtual Windows disk whenever you want.

Once you get Windows installed in a virtual system, then you can install your Windows apps exactly as you would with an actual Windows PC. Either download the installer from a browser running in the Windows system or drag an installer or folder into the Windows system’s virtual disk from a USB drive, e-mail, or wherever else you keep installers on your Mac.

Of course, there are other methods that are not recommended

VirtualBox, Boot Camp, and Windows 365
Oracle’s free VirtualBox is another option for running a virtual Windows system, but you’ll need patience and expertise to get it working; stay away from this method if the prospect of partitioning your hard drive or system RAM sounds daunting. Apps won’t run as quickly or as smoothly as they do with commercial solutions, and you still need to purchase a Windows license to use with VirtualBox.

What about Boot Camp, Apple’s long-standing option for running a Windows system on a separate partition on an Intel-based Mac? Boot Camp still exists, but Apple has effectively stopped supporting it. And Boot Camp has a major inconvenience; you have to shut down your macOS system and restart it every time you want to run Windows. There’s no integration between macOS and your Windows partition, either. Boot Camp won’t let you run a Mac app and a Windows app at the same time or transfer files between systems quickly, for example. If you have an Apple Silicon Mac, don’t even think about Boot Camp. You can’t install it in any form on a machine with an Apple Silicon chip because Boot Camp only supports Intel-compatible versions of Windows (not the ARM versions that can run on Apple Silicon-based devices via Parallels). 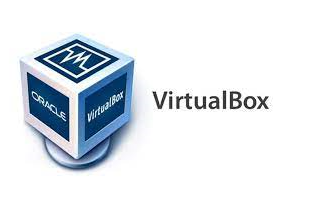 Making The Switch to Windows 365: The Benefits

If you’re thinking of migrating your company to Windows 365‘s cloud platform this year, you’re not alone. As of 2021, more than a million companies are using the platform. With the launch of Microsoft’s new cloud-based operating system, Cloud PC, this number is set to skyrocket. So yes, Microsoft Windows 365 is wildly popular. But is it right for you, and should you making the switch to Microsoft 365 in 2021?

The answer is yes. The fact is, Windows is the world’s dominant platform for a reason. It offers flexibility, transparency, and now, the ability to sign in from anywhere securely. The business world has only just begun to tap into the productivity building potential of this office platform. With the pandemic introducing so much uncertainty over whether we’ll be working in person or remotely, tools like Windows can be the lynchpin that ties your remote team together.

Ahead of Technology and Communication

A leading IT service provider in Hong Kong. ATech provides the most widely used system of quality products, customized solutions and services. We committed to meeting customers’ expectations, by providing total solutions through the expertise we have developed, the talents we have, and the experience we have gained. If you’d like to learn more about our work, please visit our Cases page. For more information on Windows 365,  please contact us at enquiry@atechcom.net.

Under what circumstances will it be necessary to operate the Windows system on a Mac computer?

In fact, whether it's daily use, entertainment needs or work needs, there are some situations that must be used in the Windows system. Compared with Windows computers that can't use macOS, if you have a Mac computer and a Windows system, you will have the feeling of killing two birds with one stone. You can use the Mac system or switch to Windows system is actually very convenient!

How to Run Windows Apps on Your Mac?

If you need to run a Windows app on your macOS system, you have several virtualization and emulation options. —Parallels Desktop and VMware Fusion

What are the transformation brought about by Windows 365?

Powerful performance, easy operation, and well-equipped. However, it is worth mentioning that the commercial users referred to by Microsoft are not single large enterprise customers, even if they are operated by one person.

What type of applications as a software and cloud service that launched by Microsoft?

The first is editing and creation, Word, PowerPoint, Excel, etc. are used to edit and write things.

The third is site and network content management, focusing on SharePoint and OneDrive products to achieve synchronous editing, file sharing, and collaboration.

The fourth is conversation and voice, such as Skype for Business.

Fifth, report and analyse products such as Power BI and MyAnalytics.

How is Windows 365 different from previous cloud computers?

In addition to running across devices, it will create a new hybrid personal computing category called Cloud PC. In short, it can provide a complete and personalized system experience according to the cloud system and the actual functions of your device. In this way, every time you turn on the cloud computer, you will be familiar with it.

Providing a Complete Suite of IT Solutions 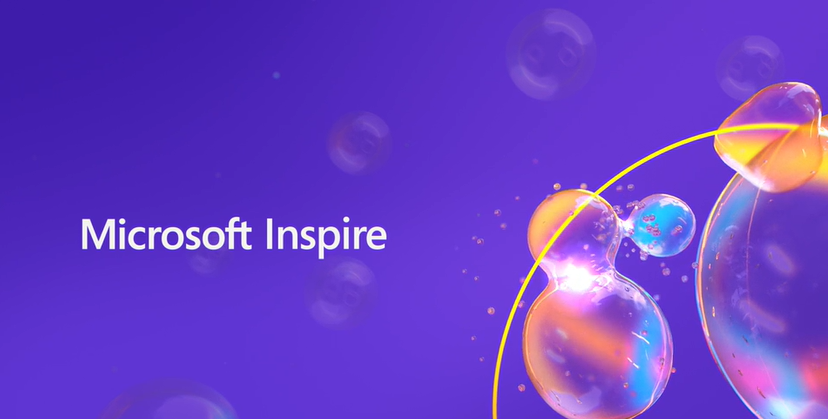 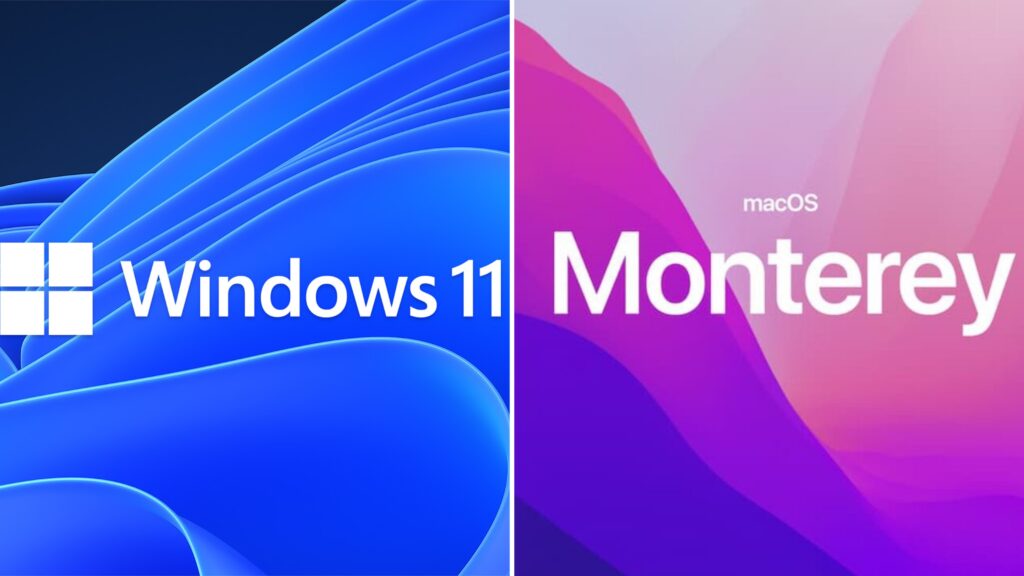